In Vitro Fertilization is commonly referred to as IVF. IVF is the process of fertilization by manually combining an egg and sperm in a laboratory dish. When the IVF procedure is successful, the process is combined with a procedure known as embryo transfer, which involves physically placing the embryo in the uterus.

What is involved with in vitro fertilization?

There are five basic steps in the IVF and embryo transfer process which include the following:

Step 1: Fertility medications are prescribed to control the timing of the egg ripening and to increase the chance of collecting multiple eggs during one of the woman’s cycles. This is often referred to as ovulation induction. Multiple eggs are desired because some eggs will not develop or fertilize after retrieval. Egg development is monitored using ultrasound to examine the ovaries, and urine or blood test samples are taken to check hormone levels.

Step 2: Eggs are retrieved through a minor surgical procedure that uses ultrasound imaging to guide a hollow needle through the pelvic cavity. Sedation and local anesthesia are provided to reduce and remove potential discomfort. The eggs are removed from the ovaries using a hollow needle, a procedure called follicular aspiration. Some women may experience cramping on the day of retrieval, which usually subsides the following day; however, a feeling of fullness or pressure may continue for several weeks following the procedure.

Step 3: Sperm, usually obtained by ejaculation is prepared for combining with the eggs.

Step 4: In a process called insemination, the sperm and eggs are placed in incubators located in the laboratory. The incubators enable fertilization to occur. In some cases where there is a lower probability of fertilization, intracytoplasmic sperm injection (ICSI) may be used. Through this procedure, a single sperm is injected directly into the egg in an attempt to achieve fertilization. The eggs are monitored to confirm that fertilization and cell division are taking place. Once this occurs, the fertilized eggs are considered embryos.

Step 5: The embryos are usually transferred into the woman’s uterus from one to six days later, but in most cases the transfer occurs between two to three days following egg retrieval. At this stage, the fertilized egg has developed into a two-to-four cell embryo. The transfer process involves a speculum which is inserted into the vagina to expose the cervix. A predetermined number of embryos are suspended in fluid and gently placed through a catheter into the womb. This process is often guided by ultrasound. The procedure is usually painless, but some women experience mild cramping. These steps are followed by rest and watching for early pregnancy symptoms. A blood test and potentially an ultrasound will be used to determine if successful implantation and pregnancy have occurred. 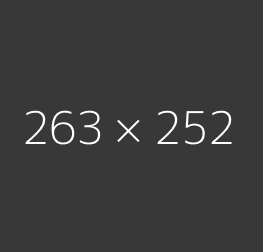 Are there variations of in vitro fertilization?

How successful is in vitro fertilization?

The success rate of IVF clinics depends on a number of factors including patient characteristics and treatment approaches. It is also important to understand that pregnancy rates are not the same as live birth rates. In the United States, the live birth rate for each IVF cycle started is approximately:

What if I don’t produce healthy eggs or my husband is sterile?

What are the risks associated with in vitro fertilization?

As with most medical procedures, there are potential risks. The risks of in vitro fertilization correspond with each specific step of the procedure.
Ovary stimulation carries the risk of hyperstimulation, where the ovaries become swollen and painful. This condition, “Ovarian Hyper stimulation Syndrome”, is usually rare, mild, and involves the following potential side affects: nausea, vomiting, lack of appetite, or a feeling of being bloated. More severe symptoms that occur in 1% of cases, include the following:

Egg retrieval and the use of laparoscopy carry the typical risks associated with receiving anesthesia. Additionally, there is a slight risk of bleeding, infection, and damage to the bowel, bladder, or blood vessel. Less than one patient in 1,000 will require surgery to repair damage caused during the egg retrieval process. The chance of a multiples pregnancy is increased in all assisted reproductive procedures. There are additional risks and concerns related to multiples during pregnancy including the increased risk of premature delivery.

How many embryos should be created or transferred?

The number of embryos that should be created or transferred during any single IVF cycle is subject to debate. Some medical literature states that transferring no more than four embryos per IVF cycle will yield optimal results. Transferring more than four is believed to result in excess numbers of multiple pregnancies, increasing the possibility of additional complications. Transferring four embryos instead of only one or two increases the probability that pregnancy will occur. However, it is important to realize that all four embryos could implant. Some individuals have serious concerns regarding what happens to left over embryos. In any case, these are matters that couples should thoroughly discuss with their physician.